The 5th Brandenburg Concerto in the version of the 4D Orchestra had its premiere at Orgelfrühling Steiermark 2019, where the orchestra together with the three soloists Annedore Oberborbeck, Pirmin Grehl and Gunther Rost performed the piece as part of their Styrian tour in Graz, Weiz and Leoben.

The recording from the Graz Herz-Jesu Church, in which Gunther Rost plays the virtuosic solo part originally composed for harpsichord on the mobile White Organ of the Center for Organ Research, was also made at that time and will now be released for the first time as part of the project Orgelfrühling 2020.2021.transformations. 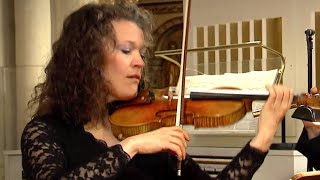